I put this alphabet frieze about Caleb’s curtains so he has a good view of it when he lies in bed: 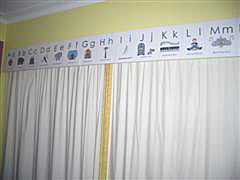 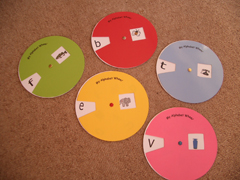 Use your alphabet printables to teach the letters of the alphabet.

Brain-E-Games by Jane Buckley (the founder of AtoZPhonics.com)
Phonics and Letters (including alphabet charts, phonics workbooks, word families, and more!)